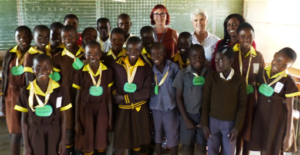 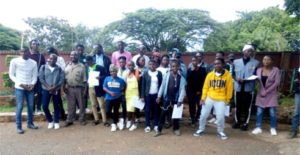 AVPZ is part of an international movement.  Quakers in Bulawayo were introduced to AVP (training in conflict resolution) when David Jobson, a former member of Milton Keynes Quaker Meeting, was Director of Hlekweni Training Centre in Zimbabwe.  Training came from Southern Africa Friends with finance mostly coming from the Friends of Hlekweni Charity

In 2016 a meeting with Bulawayo Peace activists resulted in a collaboration with the social responsibility arm of the Brethren in Christ Church (BiCC).  This established a network of eight primary school Peace Clubs.   These schools experienced a reduction in bullying and a more peaceful school ethos.

The network was led by Sibo Ncube.  Friends of Hlekweni provided funding to support a Peace Clubs Network, enabling AVPZ to give hands-on training in conflict resolution and to hold networking conferences.

“I have been monitoring school children’s positive behaviour in the pilot schools compared to those that have not been inducted, there is a huge difference.  There is need to induct more schools so as to inculcate positive peace and friendship value to our future generations.” 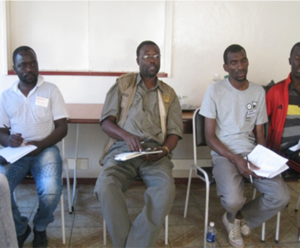 “We have met with the Deputy Provincial Director of Education from Bulawayo Metropolitan Province, Mr T Sibanda, and the DSI responsible for Guidance and Counselling at provincial level, Mrs L Moyo.  Both are committed to assist us and champion the cause of peace clubs.  They are supportive of the idea of introducing peace clubs in more schools in Bulawayo if possible.”

Timeliness of the Work

Some feedback from the teacher induction day in 2021:-

“Wow, what an eye-opening workshop, wish I did this a long time ago.  It would have transformed thousands of lives” 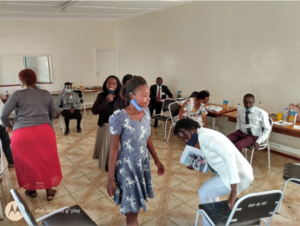 Teachers being introduced to APV training

A Peace Manual for Zimbabwe

So far, an American text has been used.  This is unsustainable; texts need local contexts that speak directly to readers. 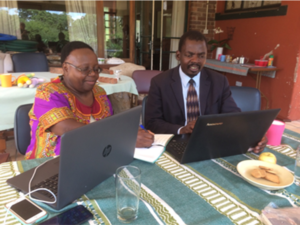 Dorothy Moyo and Mandlenkosi Moyo at work on the manual